Short sentences? Is this topic something that could possibly interest anyone but a writer?

The first person I ever heard expressing praise for short sentences was Canadian journalist and writer Gordon Sinclair (pronounced Sink-ler). I heard his emphatic proclamation on this subject during one of his frequent radio opinion pieces broadcast during the 1960s. Any sentence, was the gist of his point, over 10 words in length was just a waste of ink. Ten words should be enough to say anything important.

A more famous proponent of short sentences was Ernest Hemingway. One may even speculate Hemingway and Sinclair exchanged the views on the subject. They would likely have rubbed shoulders when they worked together at the Toronto Star in the 1920s. Newspapers have backed now this dictum up with research. An American Press Institute study showed that a reader's ability to comprehend the printed word drops steadily with increasing sentence length.

That was 100 years ago. Was the Hemingway/Sinclair dictum more relevant 100 years ago than it is today? After all few people read newspapers anymore. The same is also true about books and magazines. Everybody watches screens now for most of their entertainment and information. So... less reading today? Are sentences less important than ever?

Not a chance. Today more text than ever is placed in front of the eyes of every literate person on the planet. How can this be, you may argue? 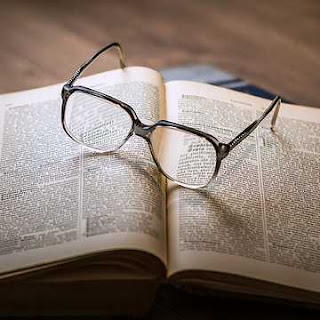 Just think for a minute about what we are all seeing on those screens. In TV news shows and all commercial messages text performs a critical role. How about the moving crawler of text that runs below the talking head on every news program? Think about the text that surrounds every video on YouTube. Many TV ads consist of nothing but animated text.

Do a Google search for some information you need and you'll get hundreds of webpages filled with text. Keeping up with the doings of your friends and family on social media? Again you will encounter primarily text messages. In fact one of today's most popular forms of digital communication is called just that, 'text messaging.'

Why Do Short Sentences Matter?

Short sentences are essential to keep the reader engaged and reading on. But what else can they contribute to a satisfying reading experience? An anonymous author on Writology.com says it all. Short sentences, because they can be abrupt and startling, can grab the reader's attention. A series of short sentences can strike the reader with one alarm signal after another. This creates tension and tunes the reader's emotion to a fever pitch. A short sentence can also summarize several ideas that preceded it, deepening understanding.

And best of all, short sentences avoid all the baggage of really long sentences. Here's a mouthful from a sermon entitled, 'AGAINST FOOLISH TALKING AND JESTING.' by Isaac Barrow (1630-1677), "It also procureth delight, by gratifying curiosity with its rareness or semblance of difficulty (as monsters, not for their beauty, but their rarety; as juggling tricks, not for their use, but their abstruseness, are beheld with pleasure) by diverting the mind from its road of serious thoughts; by instilling gaiety and airiness of spirit; by provoking to such dispositions of spirit in way of emulation or complaisance; and by seasoning matters, otherwise distasteful or insipid, with an unusual, and thence grateful tang."

That one requires some real mental unpacking if you're going to derive any sense from it.

Barrow's sentence is by no means one of the longest. You will find there is a bit of a 'Guinness World Records' air about finding or creating the longest English sentence. A Wikipedia article cites seven exceptionally long sentences in print ranging from 427 to 496,100 words. The same article demonstrates several of the simple, artificial methods for creating really long sentences.

More interesting to my mind are some of the famous really short sentences. The King James Bible contains the complete sentence, "Jesus wept." This short sentence has given rise to reams of sentences of analysis. A few others appear as titles:

·    Who goes there? (Novella + "Other adaptations and inspired works have spanned various media.") (Wikipedia)

All of these extremes, while fascinating, are of little interest for the more serious pursuit of clear writing and effective communication. Not everyone does like short sentences, at least not all the time. Because, truth be told, writing only in short sentences can quickly become boring and wearying.

A good read is like a good meal. Both benefit by variety. A continuous diet of short sentences overstimulates the nervous system. It's too intense to read for long. On the other hand, if your topic is weighty and your sentences become complex, you may fear your readers are going to sleep. I’ll bet more than a few of Barrow’s parishioners nodded off. The remedy… try the technique Haydn used in his 'Surprise Symphony' (Symphony #94). Throw in a really short, abrupt sentence every once in a while, just to wake them up again.

Hemingway and Sinclair demonstrated an understanding of this principle. In their books, both use a variety of sentence lengths. According to Justin Rice, writing in the LitCharts blog, Hemingway's average sentence length was just over 10 words. But that's an average remember. So many of his sentences were longer than 10 words in length. Not only that, but the average sentence length of his novels increases with time. While 10 words was obviously a good thing for Hemingway, it was no hard and fast rule. Interestingly, Rice includes a quote claiming that Hemingway picked up the short sentence guideline when he worked at a Kansas City newspaper.

Gordon Sinclair was apparently the same. In fact I kind of wonder now if Sinclair's proclamation of the 10-word maxim was a matter of journalistic bravado only. Ever the showman he was fond of outrageous claims. Perhaps the only place Sinclair stuck to 10 words was in his newspaper pieces. While I know of no statistical analysis of his writing, in 'Will the real GORDON SINCLAIR please stand up' a book published in1966, one can easily find sentences as long as 20, 30 and even 45 words in length. To be generous, I suppose it's possible that like Hemingway, Sinclair's sentences grew in length in later life. The title I examined was written towards the end of his book publishing career.

For my own writing, I like to aim for a sentence bell curve, skewed to the left. Most sentences should be in the range of 10-20 words, with a smattering of shorter ones. According to that American Press Institute study that should ensure comprehension of about 90%.

That guideline leaves room for the rare few sentences that go on for 30 words or longer. For me this is a great recipe for turning out good, accessible writing. It ought to be easy to read but with enough variability to avoid boredom.

Want to Dig Deeper into This Topic?

Haydn and the Surprise Symphony: https://www.youtube.com/watch?v=t0sgGDSLD1c

Is book reading declining? https://www.mvorganizing.org/is-book-reading-declining/ May 2021

Popular posts from this blog

Editor
I'm Dave Barr, maintenance manager for an aging brain. Sharing every trick in the book for keeping it ticking over and running better every day.